Few things bring me as much joy as my friend Barbara Swell‘s annual Retro Pie Contest. Held in and around her vintage log cabin in the Haw Creek community of East Asheville, the annual pie contest is a beloved gathering of new and old friends. I love the lead-up to Pie Day, when I know that dozens of people around town are busy formulating their pie offerings, hoping to take home one of Barb’s vintage aprons as a prize for winning one of the many categories (like Men’s Pies, Science Pies, and the coveted “Best in Show”). Of course the motto of the contest is “It’s Not Fair,” so accusations of nepotism among Barb’s talented family members always abounds, but there are other ways to win: you could perhaps nominate yourself for a prize in the category of “Pies That Should Have Won But Didn’t.” I’m normally not a huge fan of competitive baking, but the Pie Party truly brings out the best in us, and the lighthearted nature of the event takes the edge off of any sense of sore losing. 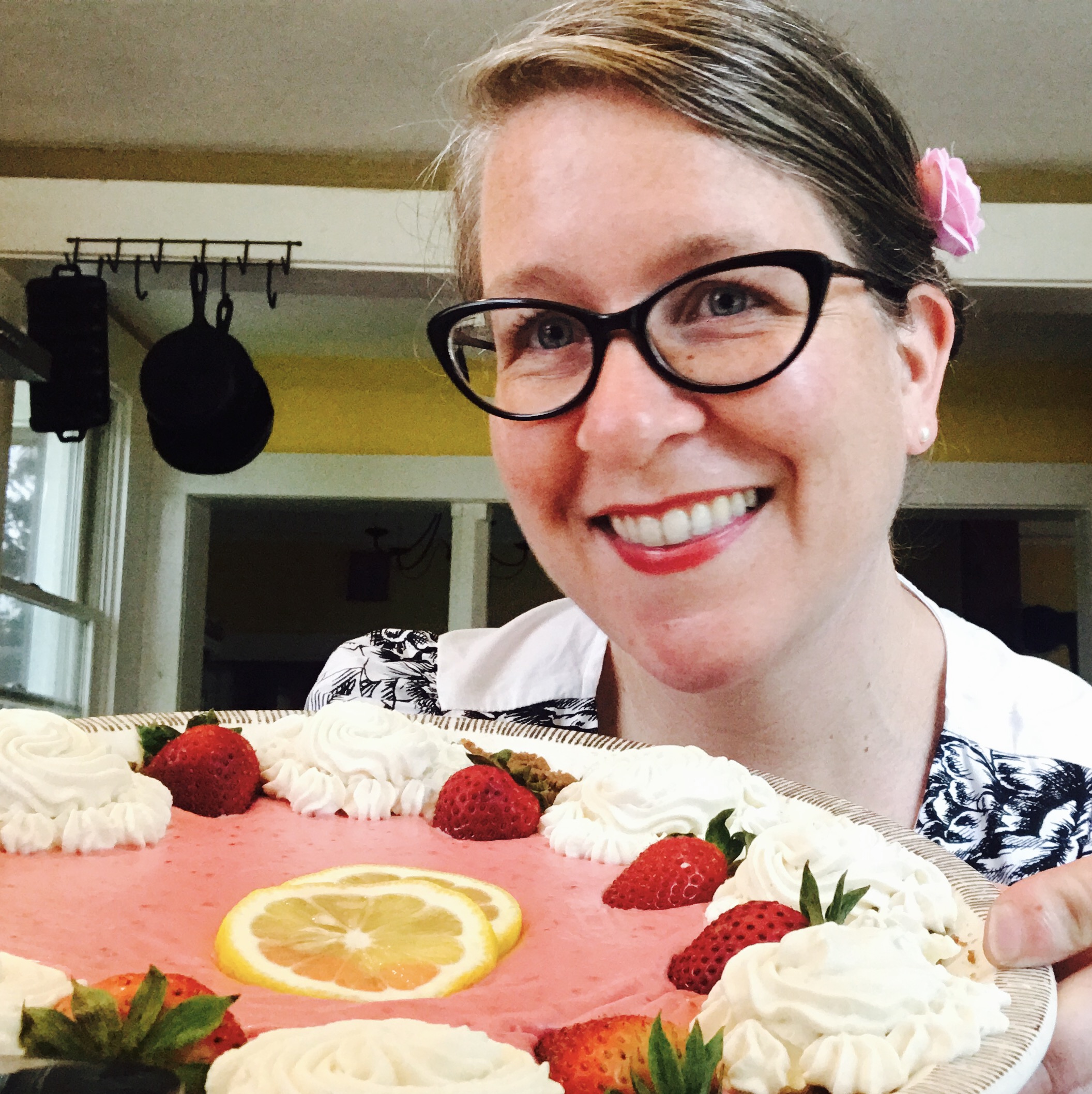 This year there were exactly 100 pies entered! The offerings were incredible. I was a judge in the Appalachian Pie category, and while I loved my friend Glenn English’s 17 Mushroom Pie:

my heart was captured by the sign accompanying this one:

Both pies, as well as the third pie in the category, a sweet corn pie with tomato jam, were outstanding, and it was very difficult to choose a winner. The category ended up in a three-way tie. But imagine my delight when I discovered that the fisherwoman who caught the trout was also the person I nominated for best costume:

I decided to enter into the Eclipse Pie category, in honor of the upcoming total solar eclipse (and new moon in Leo) on August 21st. Western North Carolina is within the totality of the eclipse, and my excitement about this upcoming astronomical event got me thinking about one of my favorite short stories, “Me and My Baby View the Eclipse,” by one of my favorite Southern writers, Lee Smith. Upon re-reading the story yesterday morning, I noticed the vignette where the main characters fall in love over a Xerox machine, where Raymond is helping Sharon print copies of “a little cookbook of everybody’s favorite recipes from the Shady Mountain Elementary School PTA to make extra money for art.”

“‘Hmmm,’ Raymond says critically, laying out the pages, and ‘this sounds yummy,’  about Barbara Suttcliff’s Strawberries Romanoff. Sharon had never heard a grown man say ‘yummy’ out loud before.”

So I researched traditional Strawberries Romanoff, which is basically a glorified version of strawberries and cream, with the addition of sour cream, Grand Marnier and brown sugar, and made a pie with those flavors in mind.

I started with a graham cracker crust, following the recipe in my friend Ashley English‘s wonderful book A Year of Pies.

Preheat the oven to 350 degrees. Combine the crushed graham crackers, melted butter, sugar, and salt in a bowl and stir until fully mixed. Press the mixture into the pie plate (I use the corner of a measuring cup to get a good edge). Bake the crust for 10 minutes, until the edges turn slightly brown and the pie crust is fragrant. Remove from oven and cool completely before filling.

For the filling, I also worked from A Year of Pies, modifying the Blueberry Refrigerator Pie to make a no-bake, creamy strawberry filling.

In a medium sized saucepan, melt:

and simmer, stirring, for 5 minutes until the berries begin to release their juices.

Mix together and add:

zest of one lemon

and cook for another 5 minutes, until the mixture thickens and becomes jammy.

remove from heat and stir in:

1 package of cream cheese. (Ashley’s recipe also calls for 2 cups of ricotta cheese, but I left that out in favor of the whipped cream topping).

Pour mixture into a food processor and blend until the mixture is smooth and creamy. Pour into the graham cracker crust. At this point, don’t be like me and just try to chill it for the 2 hours before the party. You will need to refrigerate the pie overnight in order for the filling to set properly.

In the bowl of a stand mixer, combine:

Beat with a whip attachment until soft peaks form. When your pie is set, use a pastry bag and tip to pipe the whipped cream onto the pie. The whipped cream will have a slight caramel color. Garnish with fresh strawberries and one slice of lemon eclipsing another.

Dress up and bring that shit to the Pie Party! 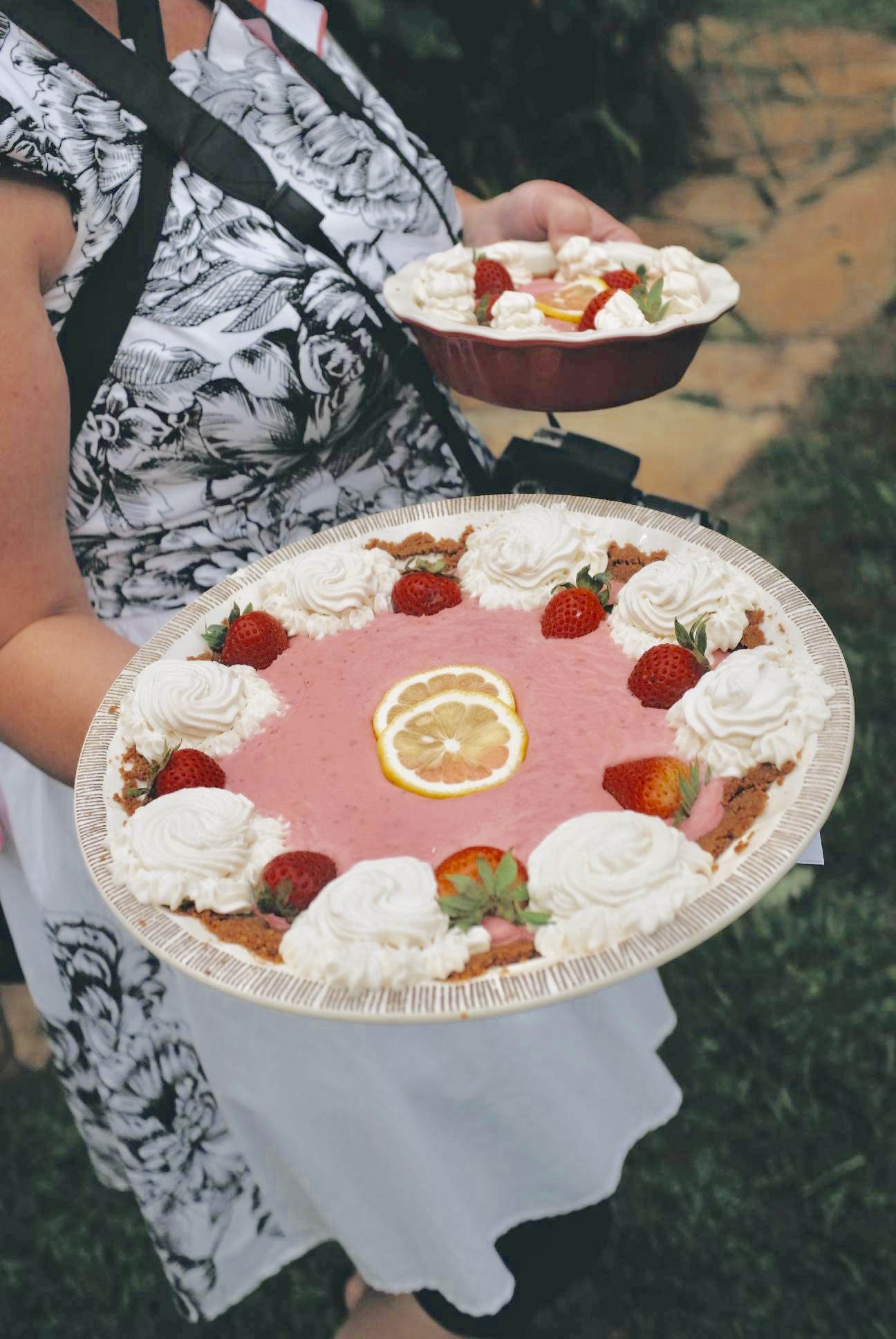 (above photo by Rich Orris)

Alas, my pie did not win. But we all know that the pie party is Not Fair, and I had a blast anyway. Here’s a gallery of more of my favorite pies from yesterday’s party: 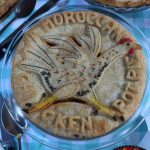 This one won in the “Prettiest Pie” Category. 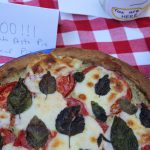 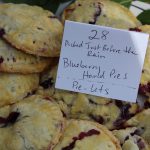 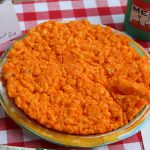 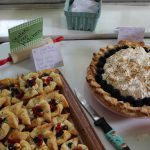 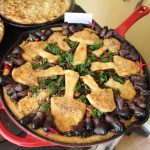 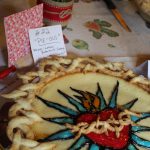 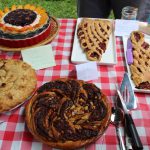 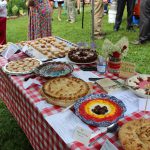 And some of my favorite people and scenes from the day: 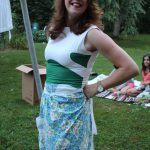 Emma with her prize apron! 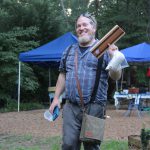 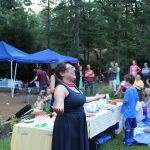 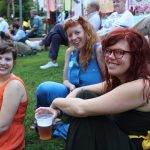 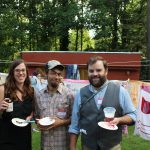 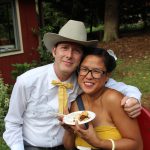 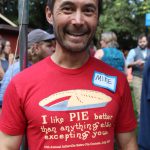 The official T-Shirt of the 15th annual Retro Pie Contest! 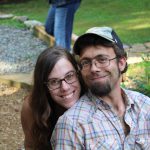 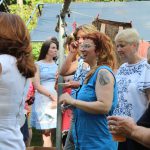 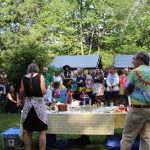 Barb and Wayne at the prize table 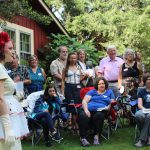 Annie in her pie costume 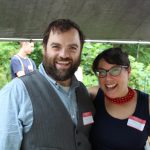 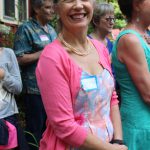 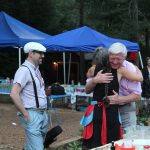 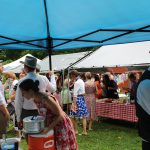 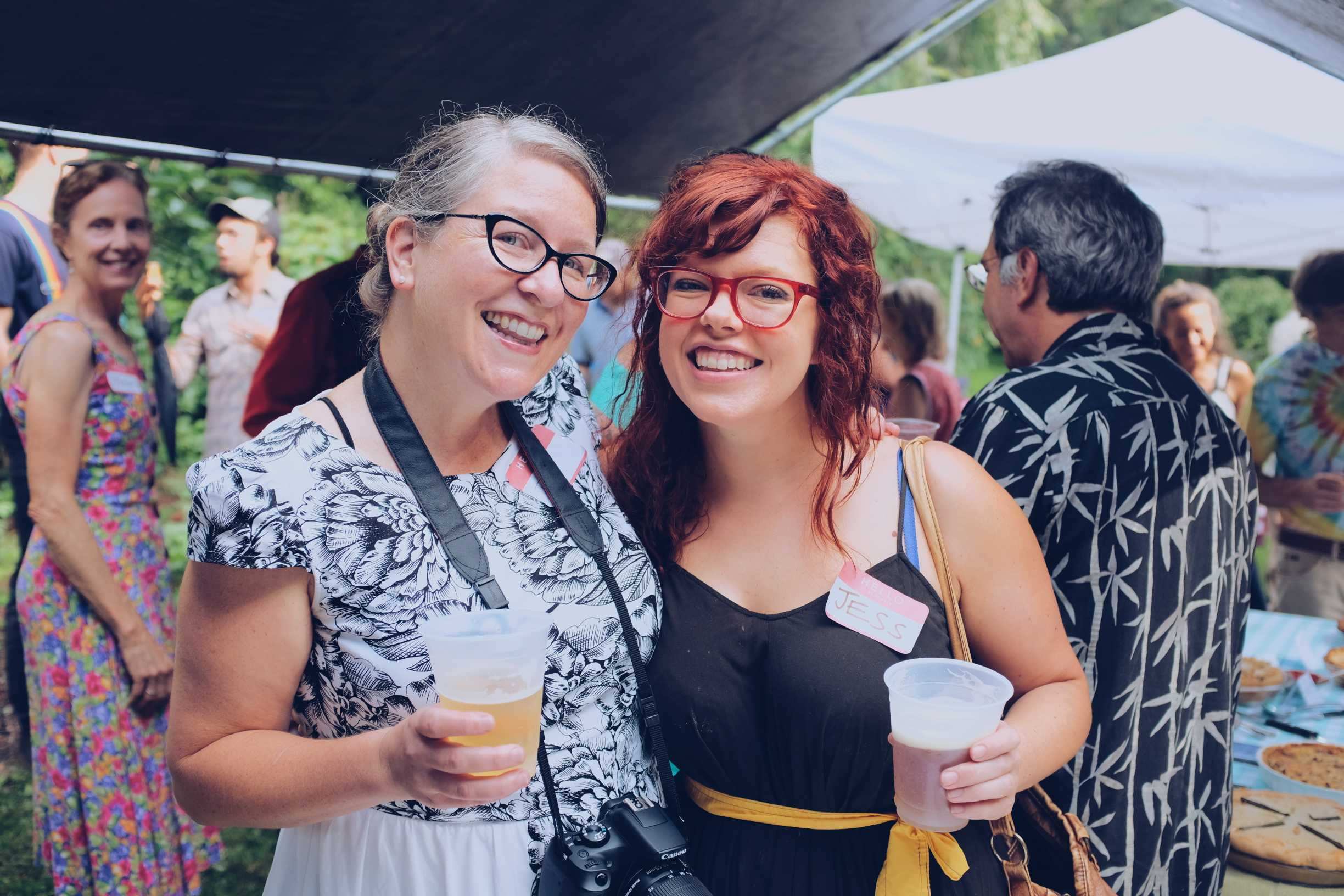 Many thanks to the ever-wonderful Barb Swell and her family for creating this lovely and delightful event. The pie party connects us and brings our community together over love of food and place. Whatever would we do without you?

And now, if you’ll excuse me, I need to start working on next year’s pie.

Jodi Rhoden is a writer, activist, and entrepreneur in West Asheville, North Carolina, where she lives with her husband, Duncan, and their son, Jasper. Jodi is the founder and former owner of Short Street Cakes in West Asheville, and she currently offers consultations through her Tarot-based coaching business Vision + Vocation. Jodi loves to travel, aspires to keep chickens and bees, is currently writing a memoir about her life in cake, and is pursuing her Masters in Social Work to become a therapist in private practice.