In 2006, when I started baking cakes out of my home in the Montford neighborhood of Asheville, I asked my Great-aunt Tissy (who was born, raised, and lived out her whole life in Cordele, Georgia) if I could use her Italian Cream Cake recipe, and she graciously obliged. With a few tweaks (mainly replacing butter where WWII frugality had called for shortening) I launched a signature cake, and I remain so grateful to her for her generosity.

My updated version of the recipe is as follows:

In the bowl of a stand mixer, beat the butter and sugar together until light and fluffy, stopping the mixer twice during mixing and scraping down the paddle, bottom and sides of the bowl. Add the egg yolks to the mixture one at a time, stopping the mixer and scraping down the bowl after each addition. Beat the egg yolks into the creamed mixture for five minutes or until they are fully incorporated and the entire mixture is light in color and texture. Add the vanilla and mix until combined.

Sift together the dry ingredients:

Sift the flour, baking soda, and salt together into a separate bowl and set aside.

Combine the dry and wet ingredients with the creamed mixture:

Using the whisk attachment on the stand mixer, whip the egg whites in a clean bowl until they hold a stiff peak. Using a rubber spatula, gently fold the whipped egg whites into the cake batter in three parts.

Fold in the coconut.

Gently scrape the batter into the pans, dividing the batter evenly between the three pans. Place in the preheated oven, and bake for 22-26 minutes, or until a knife inserted into the center of the cake layers comes out clean and the sides of the cake have pulled away from the sides of the pan.   Allow the cakes to cool for twenty minutes before removing the layers from the pans and setting on a wire rack to finish cooling.

Cream the butter and the cream cheese together in the bowl of the stand mixer, on low speed. Beat until the mixture is smooth and creamy, and no lumps of butter remain.   Add and combine the vanilla. Add the powdered sugar one cup at a time, blending on low speed until fully incorporated. Using the rubber spatula, scrape down the paddle, sides and bottom of the bowl. Beat the mixture on medium speed until light and fluffy.

Invert the first layer onto a cake plate, so that the parchment side is up. Carefully peel the parchment off of the cake and throw it away. Spread the cream cheese icing on the top surface of the cake with an offset spatula, pushing the icing over the edges of the layer and creating an even coat of icing. Place the second cake layer on top of the first and repeat the process- removing the parchment paper and spreading the icing. Repeat with the third layer, and then cover the sides with the icing.

Italian Cream Cake can be kept covered at room temperature for up to a week. 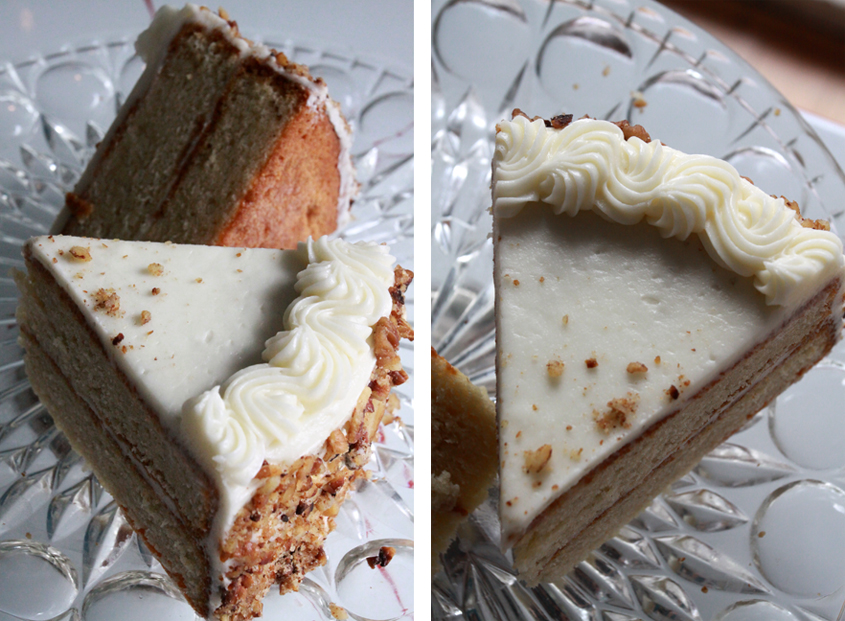 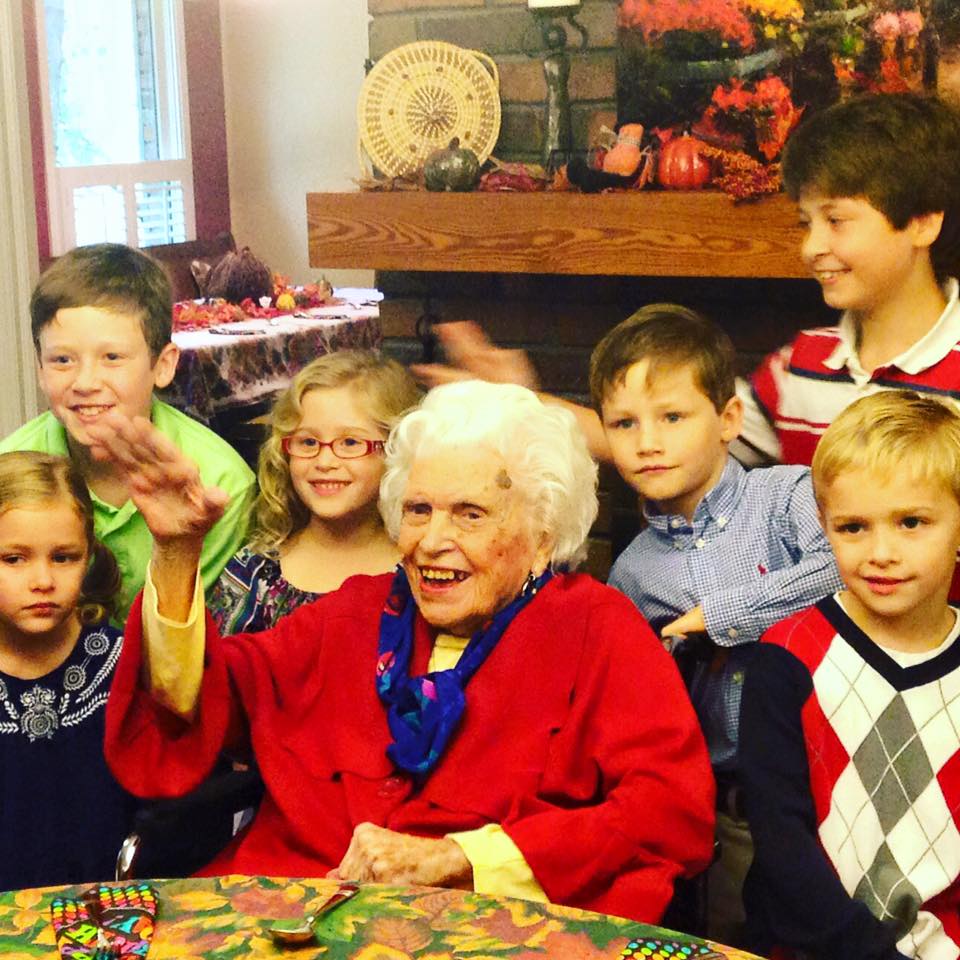 This is my Mimi, Allyne Brown, on her 99th birthday, surrounded by some of her great-grandchildren. My Mimi was a master chef and baker. I am so grateful to have had the opportunity to stand on a stool so many Sundays of my childhood to help her fry chicken, bake cornbread, peel ‘taters, slice ‘maters, and serve epic meals for family and guests. No one ever mastered her yeast rolls, but maybe that was part of her legacy, to keep some triumphs to herself. 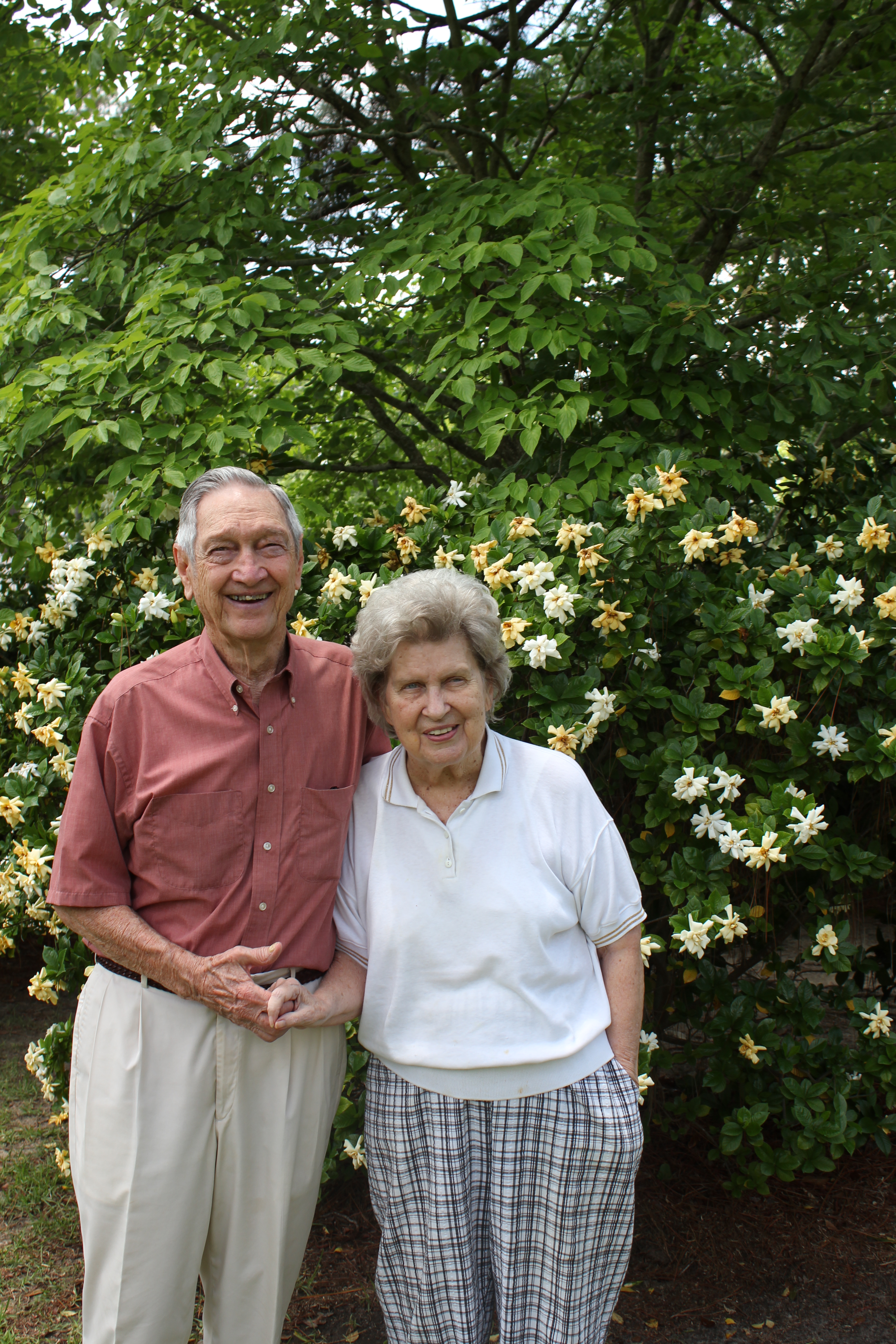 This is my Aunt Tissy, with her beloved husband, my Uncle George.

I am grateful to both of these women for preserving a lineage of history, tradition, and culture for me to participate in and carry on. My aunt Tissy passed away last month at the age of 86, and my grandmother Allyne passed away two weeks later at the age of 99. Preserving and passing down their recipes, and the stories that accompany them, is how I hope to honor their legacy.