Last week in my Basics of Baking class at AB Tech, we made two kinds of biscuits- lard biscuits and angel biscuits. The lard biscuits were based on the recipe by Edna Lewis in the seminal work she co-authored with Scott Peacock: The Gift of Southern Cooking. 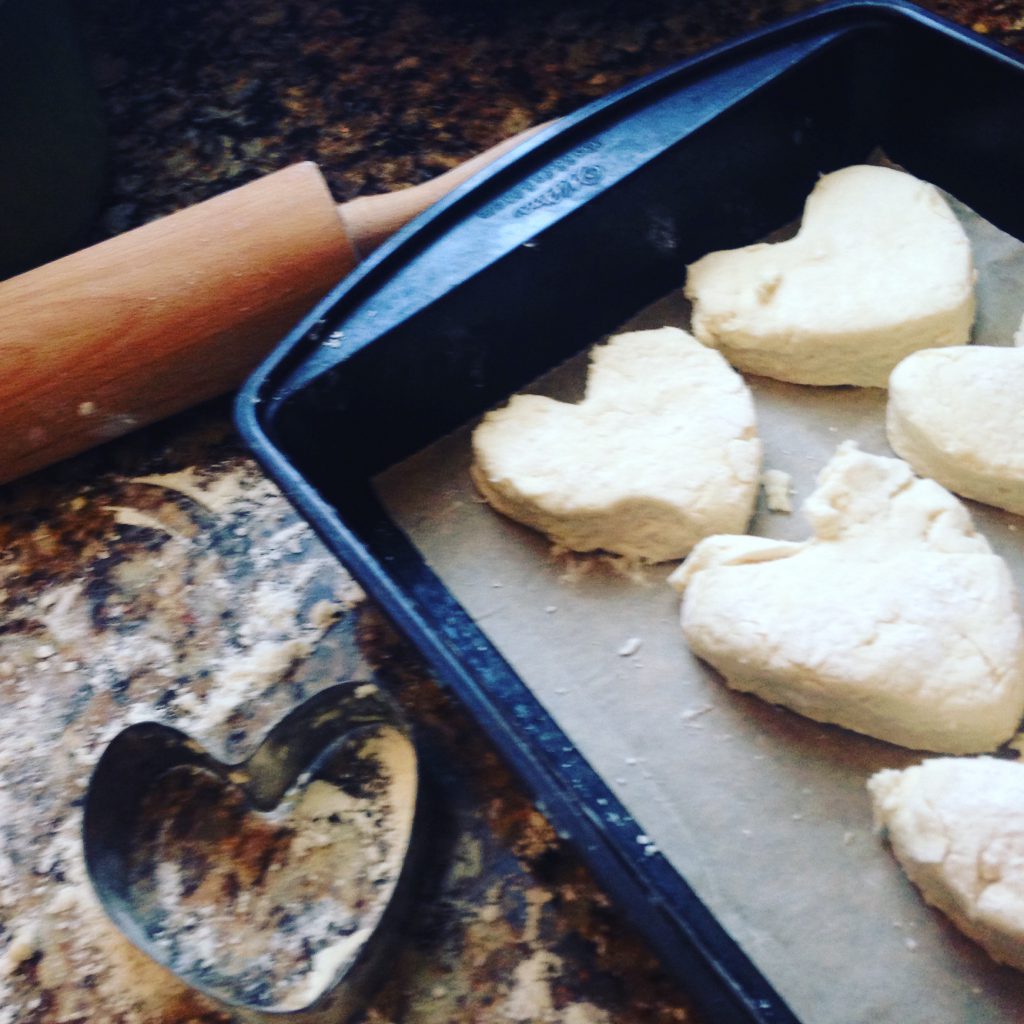 This recipe has been my go-to for years, and I thought it would be a wonderful and simple introduction to baking with lard for my beginner students. Sadly, the biscuits didn’t turn out. They were hard, and salty, and too thin. I had procured the lard from a local butcher shop, and I did notice that the product was a little greasy-looking and off-color, rather than pure white, and I noticed some sediment in the bottom of the container. I re-tried the recipe with lard from a local farm instead, made a few tweaks (mainly reducing the salt), and voila, success! I have also substituted butter for the lard here and had success as well. The original recipe can be accessed here, but here’s the recipe with my adaptations:

Preheat oven to 500°. Put the flour, baking powder, and salt into a mixing bowl and whisk well to blend thoroughly. Add the lard and, working quickly, coat it in flour and rub between your fingertips until approximately half the lard is finely blended and the other half remains in large pieces, about 1⁄2” in size. Pour in the buttermilk and stir quickly just until the dough is blended and begins to mass.
Turn the dough immediately out onto a floured surface and with floured hands knead briskly 8-10 times, until it becomes cohesive. Gently flatten the dough with your hands into a disk of even thinness; then, using a floured rolling pin, roll it out to a uniform thickness of 1⁄2“.
With a dinner fork dipped in flour, pierce the dough completely through at1⁄2” intervals. Lightly flour a 2 1⁄2” or 3″ biscuit cutter and stamp out rounds, without twisting the cutter in the dough. Cut the biscuits from the dough as close together as you can, for maximum yield. Transfer them to a parchment-lined baking sheet, placing them so that they just barely kiss. Don’t reroll the scraps. Just arrange them around the edge of the sheet and bake them—cook’s treat.
Put the baking sheet immediately on the center rack of the preheated oven. Bake 10-12 minutes, checking after 6 minutes or so and turning the pan if needed for even baking. When the biscuits are golden brown, remove them from the oven and brush the tops with the melted butter. Serve with fried chicken, sausage and gravy, eggs and bacon, or just eat them plain with butter. 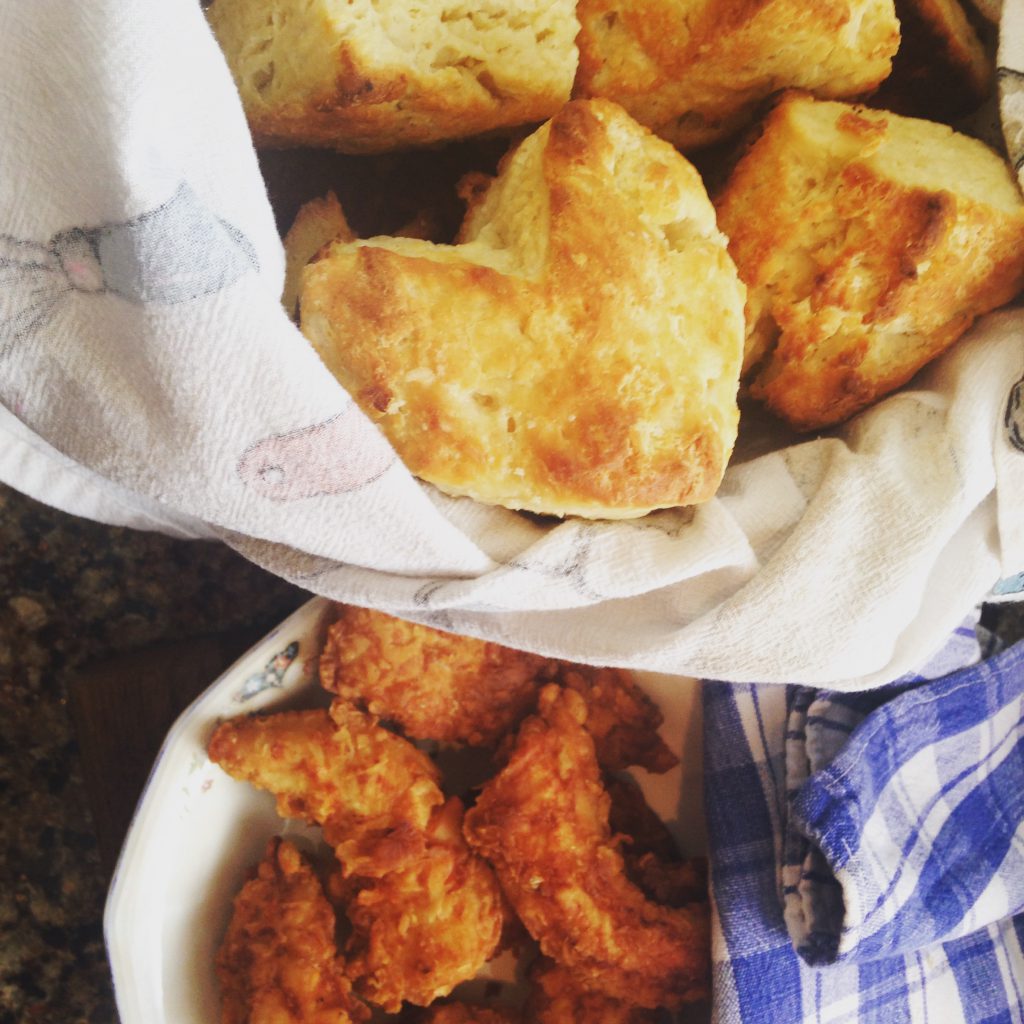